Discussion regarding the site itself. This includes the upcoming Version 7. Also comments about the site, suggestions for V7, questions about XT, problems with your life, and errors — ooh I hates those errors!
Post Reply
12 posts • Page 1 of 1

I've been able to rip the music from every other wrestling game I own, so I feel like I should have an idea of what I'm doing here, but with these two games I just get stuck and don't know how to proceed (I think because the audio formats are different from any other game I've ripped). I'm hoping someone here can lend some assistance so I can rip the music myself. My old pal Google hasn't been the best help.

Showdown: Legends of Wrestling (PS2) - I asked about this one before, and even had someone say they would try to help, but they never got back to me. I've been able to extract the raw .AAA files from the .ADB containers using QuickBMS, but where I run into trouble is trying to use MFAudio to convert the .AAA files. Apparently the issue lies in figuring out the interleave for each file, but I'm not exactly sure how to do that. I've tried plugging in guesses, and I can seem to get close, but never perfect. In game everything plays fine, so I don't think the problem is the disc...just the user.

Thanks to snovak1223 for helping me with Showdown!

TNA Impact (PS2) - I've gotten a bit further with this one, but not much. The music seems to be contained within .ASF files. PSound can read that there are audio files contained within, but it only plays about half-a-second. If I load the .ASF in MFAudio, it recognizes and plays the first track, but that's it. (For example, with the victory music .ASF, it plays Abyss' theme (the first track), but stops after that.) I'm trying to figure out how to get all the audio files contained within the .ASF out and convert them.

I know game rips exist, but I like to do these things myself with my own copies. Plus, since it has been done before, I know it CAN be done...I just don't know HOW. If anyone can please lend a hand in any way, shape, or form, I would greatly appreciate it. Thanks!
Top

You said someone ripped the audio files from TNA Impact.... how do you know the files aren't recordings instead of rips?

Anyways, you can try Dragon unpacker. Not sure if it will help with these types of files, but it handles tons of video game related files. 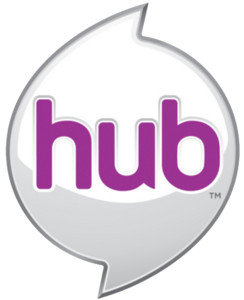 I don't know. The "rips" I've found for the game aren't explicit about being direct rips vs. recordings. I usually assume that a game "rip" is just that: a rip (i.e. conversion) of the files directly from the disc.

I have tried Dragon Unpacker with no results, unfortunately. Thanks for the suggestion, though.
Top

What did you use to rip Showdown?
Top

He said he used QuickBMS.

The only thing is, each .AAA file has different numbers that need to be put into MFAudio to properly convert them, which snovak1223 has been helping me out with. I only have ripped a few files so far as a test, but once I get time to go through them all I'm going to write everything down and post it to make it easier for others who want to rip the game.
Top

That would be amazing thank you.

If I remember correctly, 2007 has all the entrance themes in one .AFS file and all the menu music in another, so all the shorter versions with the crowd noise are mixed amongst the clear themes and have to be sorted out.
Top

Rip the full series and post everything I'd say. Scotland The Brave is The 48 Highlanders version used once in TNA before he used the mashup so can be got in better quality though.

TNA Impact I'm interested in them too but more for the ending they piltchered for Joe's full theme being fixed as it starts near the end point in the game copy and goes to the very end.

More interested in PS3 for that for the updated quality music format which was a big difference between the last few PS2 WWEs and the PS3 counterpart as the PS3 blew it way outta the water and the PSP and DS Cross the Line editions for the missing themes DS for the trons and another extra theme.
Top

I've always been a PlayStation guy, so I have no idea about Xbox games. Sorry.
Top
Post Reply
12 posts • Page 1 of 1